Warning: "continue" targeting switch is equivalent to "break". Did you mean to use "continue 2"? in /homepages/21/d532457945/htdocs/Werehere/wp-content/themes/Divi/includes/builder/functions.php on line 4867
 We're here | To make life easier for you. 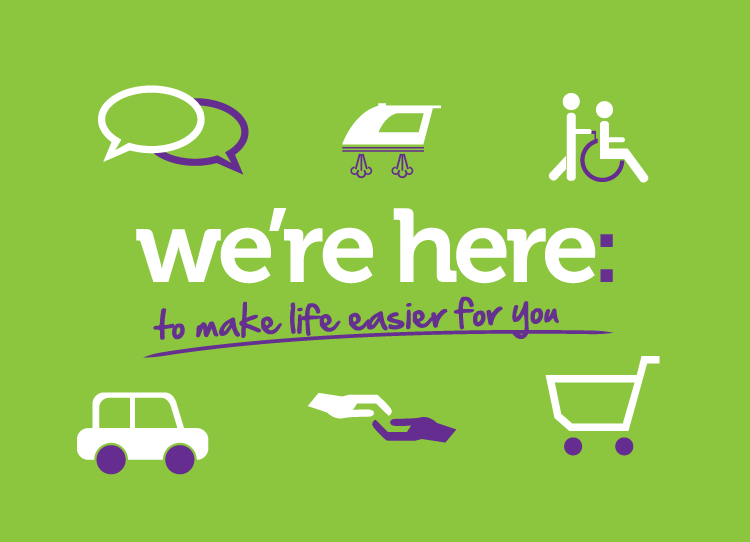 is a not-for-profit registered charity and social enterprise providing bespoke assistance and support to adults where it’s needed most, with giving of time a priority. That means spending quality time with the client without watching the clock.

Whether you’re looking for a regular visit, or just need an extra hand whilst temporarily out of action following an accident or recovering from a hospital stay.

Our home visits include care homes, because wherever you are, we’re here for you for as long as you need us. 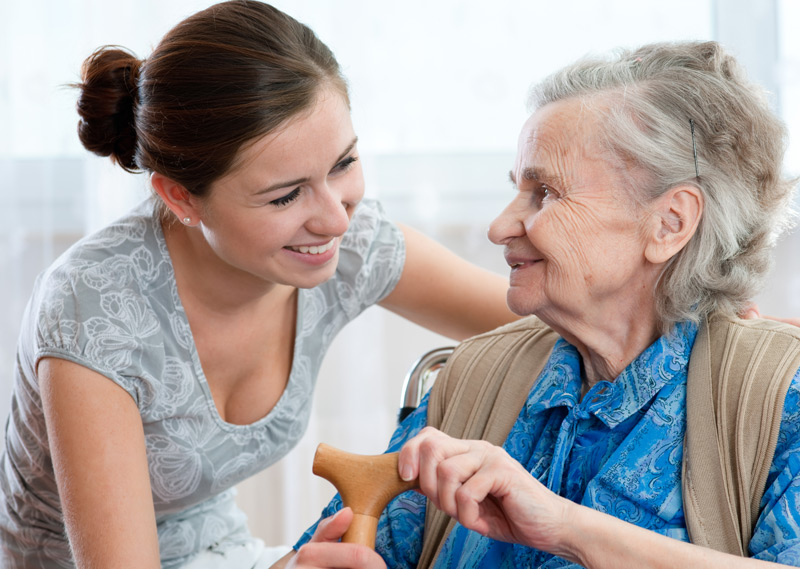 You choose. We want to help you retain or regain your independence and stay in the home you love.

“Whilst resisting the idea of help, I cannot believe I could find so much peace of mind in so many different ways. Together with their reliability and truly caring manner, my life has been considerably enhanced.” – Mrs G 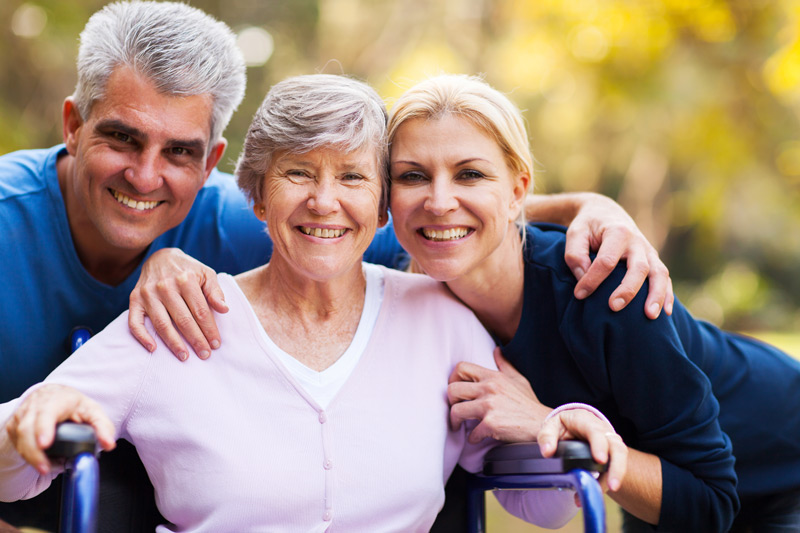 “Now I feel she’s taken my stress and blotted it out with amazing success, Thank you!” – Mrs S

“You are a star! Worth your weight in gold helping my mother so much, mentally, socially and practically!” – Mrs C

what about the costs at

Your first hour of the day
£20

For the next consecutive hour
£15 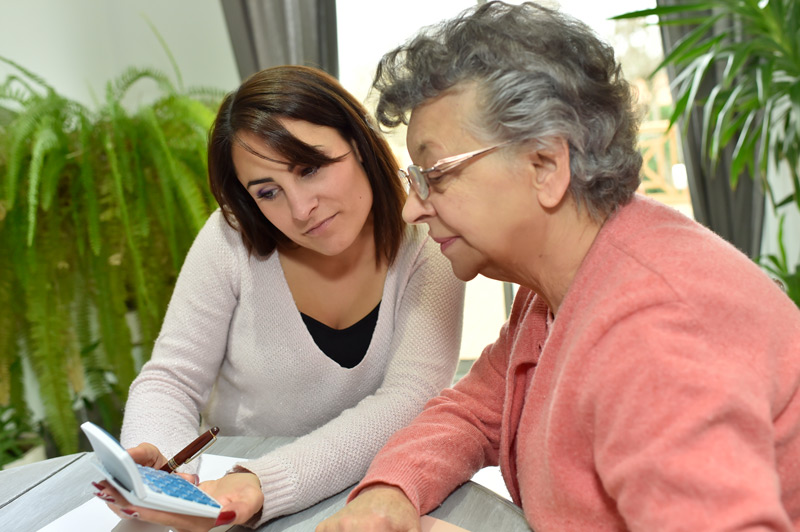 Jan retired in 2015 having spent  40 years as a Qualified Social Worker and Social Work Manager, working across children’s services as well as disability, fostering and adoption services.
Jan has served on the boards of a range of different organisations over the years. She is currently an Inspection Volunteer with the Care Inspectorate, focusing on Care Homes for the elderly. In addition she is a volunteer with the Children’s Hospice Across Scotland (CHAS) and a committee member of a charity managing an orphanage in Kenya.
She has personal experience of providing and managing the domiciliary support for elderly relatives and we are very fortunate to have Jan’s experience as a Trustee for We’re Here.

Grant has been Head of performance at Manchester City Football Club for the last five years; holds a teaching fellowship at Bath & Brussels Universities & lectures nationally & internationally on elite performance management.
Past roles have included senior posts in Physiotherapy or Sports Medicine/ Sports Science at Middlesborough FC and at Glasgow Rangers FC; at the Football Association National Rehab Centre and at Glasgow Royal Infirmary.
He has worked at Olympic, Commonwealth Games & International World football events and in 2013, was awarded an OBE for services to physiotherapy & work with young people
Grant is a huge supporter of health in all its many guises and is proud to be a Patron of We’re Here in recognition of the work we do to reduce dependency and isolation.

Lesley-Jean heard about We’re Here at its inception and has followed its progress closely. Lesley-Jean accepted with great delight the request to become Treasurer.
Lesley-Jean has worked in various markets; insurance, electrical wholesale, theatre, and now cost consultancy. She has developed a wide skill set in positions of managers and directors of small and medium sized enterprises and gained a post graduate MBA over 9 years ago. Lesey- Jean “hopes to utilise this experience to support such a worthwhile organisation. I think society is in need of the type of service offered by the We’re Here team”

Our Staff are here for you:

Jennifer is in her early 30s and has had an interest in caring for those around her  from a young age. Both her grandmothers required care from Jennifer’s teenage years and she has experienced, first hand, families living with challenges such as dementia, as well as simple mobility issues which so affect quality of life
Professionally, Jennifer gained experience though working in a care agency office environment, setting up care packages requested from social work/private clients, setting up rotas for staff and checking that clients were happy with the services provided. She also gained basic accountancy skills and is happy to utilise this knowledge as a Trustee for We’re Here.
Jennifer believes strongly in the rights of all people to be treated as individuals, with the companionship and help they require as they age, or where illness or disability pose additional challenges.

Jacqueline’s background is in professional business and education where she has developed excellent organisational, research and project co-ordination skills. We are fortunate that she has volunteered these, and other valuable personal attributes to assist the needs and requirements of We’re Here.
Jacqueline says, “I believe that We’re Here is a wonderful idea, filling a gap left in this busy modern age where families are living further apart and may be based all over the world; unable to give hands on care and attention on a regular basis. Family members can be comforted in the knowledge that We’re Here is local and exists to assist their loved ones with a wide range of personal needs and challenges.”

Alistair qualified as a Chartered Physiotherapist in 1983 and continues to work as a community based Specialist Physiotherapist, working with people with multiple disability and complex special needs.
Through working with people with learning disabilities he became involved in international aid work through Edinburgh Direct Aid and played an active part in the aid effort during the Balkans War. He took part in multiple missions to deliver aid during the siege of Sarajevo in the 1990s, often working under threat of hostile fire.
Since then, he has retained links with the Balkans, working as a volunteer and fundraiser to help improve conditions and understanding of those with special needs.
He became involved with We’re Here as a way of using his vast experience closer to home.

Marjorie has a successful career in marketing and communications and was a director of Scotland’s largest PR agency for more than a decade before branching out in 2015 to run her own consultancy, OceanBlue Consulting.
She initially became involved with We’re Here to help with PR but became a Trustee because she believes in what We’re Here is trying to do, and in the need for such a service.
Her initial training was in psychology before she moved into business and picked up an MBA. She is a member of the Institute of Directors and a Trustee for national charity Quarriers. She is an Ambassador for the Beatson Cancer charity and a non-executive director of Ayrshire Chamber of Commerce. She was also a non-executive director of an environmental charity for several years.

After many years of unsatisfactory jobs including administration and computing, Ailsa decided in the year 2000 upon a complete change of direction, wishing a career which would be more worthwhile and meaningful.
Ailsa undertook several training courses in social care and began work as a support worker with people with physical and learning disabilities.  She moved on to supporting young homeless people to gain independent living skills and to work with offenders helping them to turn their life around and gain employment.
Latterly Ailsa cared for the elderly in supported living units and she has felt a particular affinity with this client group.
Ailsa says “My reason for joining We’re Here was just to try and make a difference to anyone in need of help to remain as independent as possible in their own home.  I thoroughly enjoy chatting to everyone and hearing about the interesting stories of their life.  If I can make them smile and improve the quality of their day then I’ve done something worthwhile with MY day”.

Reaching the age of 55 and with a volunteering and charity background form the age of 14, Morag (always known as Pogie) still feels strongly motivated to do something with her life that makes a difference in someone else’s.
Having researched that there definitely was a need, Pogie initially pursued a start up grant from Scotland UnLtd to enable her to set up as a social enterprise* and We’re Here finally achieved charitable status in 2016.
Pogie feels that the joy of what We’re Here offers is that it’s bespoke and is based as much as is humanly possible on the needs and desires of the client. None of the staff members are clock watchers; they are home helps in the traditional sense and believe in staying until the job is done.
Pogie has a passion for making the lives of those more vulnerable in our society, better in some way and she makes the observation that the full name of the charity ought perhaps to be, “We’re here to make a difference.”

*(A social enterprise is an organisation that applies commercial strategies to maximise improvements in human and environmental well-being, rather than maximising profits for external shareholders.)

Get in touch with

Call now for a chat about what you need and for availability in your area or alternatively, submit your details in our form and one of our team will call you back to discuss your requirements.